If you have any questions or encounter any issues when access our e-resources then please report this to the Service Desk. You can do this by visitng them in the LRC, calling them on 01302 553579 or emailing them at service.desk@don.ac.uk.

Many Thanks from everyone here at Doncaster College Learning Resource Centre.

We hope you are all having a great 2017 so far and are enjoying getting stuck into your studies once again. We’re reaching out to you today to remind you of some of the great software you can have for FREE because you are a student with Doncaster College which will help you with studies both on campus and at home.

As you may be aware, all of the students here at Doncaster College have access to your own student email which runs through Office 365. One of the major benefits of using Office 365 is that you all have access to Microsoft Office software which you can download and use on your personal PC or Mac.

You have access to Microsoft Word, Excel, Powerpoint, One Drive, Calendar and much much more!

You can use the programs online as well if you do not want to download them. You can find out all about how to do this by reading the short guide which you can access here.

If you experience any trouble with this you can contact the IT Service Desk on 01302 553579 or email service.desk@don.ac.uk and someone will be happy to guide you through the process. For any other information on your Office 365 email please click here.

As you may know we have our own Goodreads account and we like to keep you up-to-date with the books we’re currently reading here in the LRC.

Two members of the LRC staff recently finished reading Bill Bryson’s Shakespeare: The World as a Stage and we enjoyed it so much we gave it 4 1/2 stars out of 5. You can see our review here as well as our other bookshelves, what we’re reading and our other reviews.

If you have any books that you have loved so much that you just can’t keep them to yourselves then join us on Goodreads or send your reviews through to us to share on our page. We’d be interested to read them whether you want them published or not and any book recommendations are welcomed!

All of the rumours, documentaries, conspiracies and theories surrounding Shakespeare make it difficult to weed out fact from fiction but Bill Bryson’s fantastic wit and clear writing style make it the subject that much easier to digest. We were so intrigued by Bill Bryson’s take on Shakespeare’s life and legacy that we were left wanting to know more and more about this mysterious character. Unfortunatekly, as there is so little factual evidence of Shakespeare’s movements that we’re left with questions that can nvere be answered.

We’ve collected some interesting facts about the British Bard to share with you all:

4. William Shakespeare had 3 children with his wife Anne Hathaway but unfortunately there are no direct descendants. Shakespeare’s only son died at the age of 11 and his only Grandchild did not have any children.

5. There are no records of Shakespeare’s education. It is assumed that he attended King’s New School but there is no evidence to support this.

You can read more about Shakespeare on the British Library website by clicking here and you can visit the High Melton LRC to browse our extensive collection of Shakespeare publications.

Today we’d like to share with you some great resources from the new Prospects Higher Education Catalogue. Whether you’re moving onto Higher Education or taking an alternative route to your dream career, you can find some great information that will help you reach your goals.

Not Going to Uni

We hope you find these helpful!

To continue our celebrations of Black History Month, this week we’re looking at talented Actors and Directors who have produced outstanding work in recent years.

Chiwetel Ejiofor has appeared in many brilliant films, most notably 12 Years a Slave (2013) where he played the main character, Solomon Northup, a free man who was captured and sold into slavery. You may also remember him from the film Kinky Boots where he played Lola, a drag queen who helps a failing shoe business diversify their products and find success selling high heels made specifically for men. Chiwetel, is a remarkable talent who we will all see flourish into a household name as he continues his acting career.

Chiwetel Ejiofor played a minor role as Keira Knightley’s husband in this Christmas comedy from 2003.

You can watch the Film 4 interview special below about 12 Years a Slave where you can listen to Chiwetel and the director Steve McQeen talk about the film.

Sophie Okonedo is a British actress known for her fantastic work in films such as The Secret Life of Bees, Hotel Rwanda and After Earth. She has worked with some of the best actors and directors in the world and continues to reign as a national treasure for her impeccable skills as an actress. 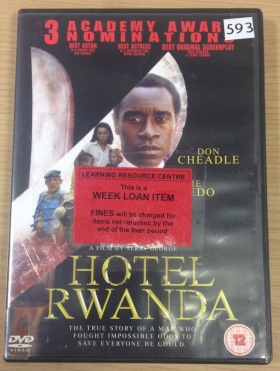 You can watch the trailer for Hotel Rwanda below.

Ava DuVernay is a writer, director and producer who has worked on many successful films in her career. She most recently directed the film Selma, which follows Martin Luther King on his campaign for equal rights in 1965. Ava is a successful filmmaker who has contributed to many well received films including i-Robot, Spider-Man 2 and Collateral. 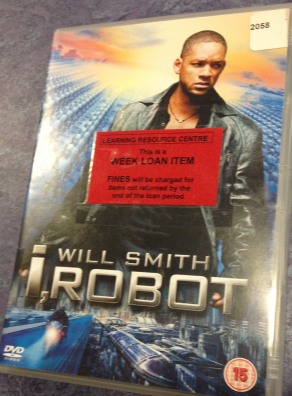 You can watch an interview with Ava and the lead actor from Selma, David Oyelowo talk about the film Selma and what this film and the characters meant to them as artists.

Richard Ayoade is a British film director and actor who has established his career from working in TV series such as The IT Crowd and through his role as the character Moss, has earned a place in the hearts of the British people. Richard has also contributed to the world of film as a director. His work as a director is very original and his contributions to cinema with films such as The Double and Submarine have been held in high regard and received successfully.

Watch him and Jesse Eisenberg talk about his most recent film, The Double in the following interview.

This week we’re celebrating Black Musicians in honour of Black History Month and the amazing contributions to various styles of music that hav been made.

Over the years there have been some incredibly influential songs, voices and lyrics crafted by many talented Black Artists. We’re going to briefly look at some of our favourites in this blog as well as pass some recommendations on at the end. You can find all of the following CDs pictured, in your LRC at University Centre, High Melton. We’ve included a few details for each artist 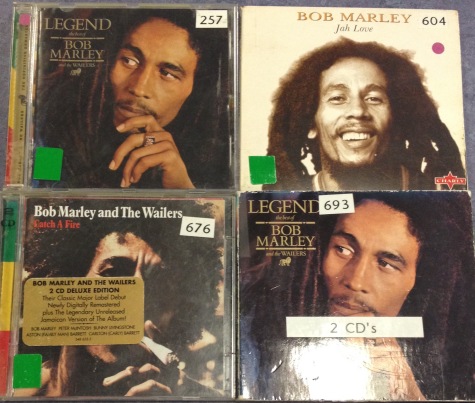 Most Famous Song: It Don’t Mean a Thing If You Ain’t Got That Swing

Most Famous Song: So What 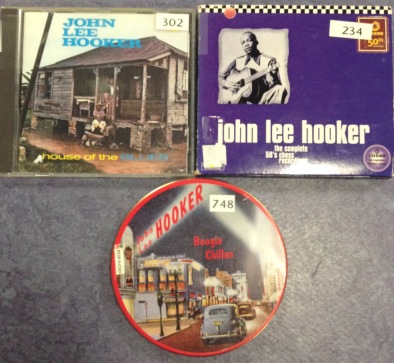 Most Famous Song: The Very Thought of You

Most Famous Song: Let’s Get It On 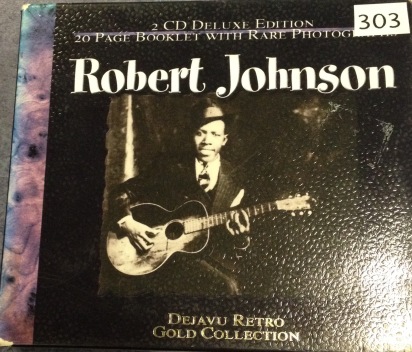 Kele, the lead singer of Bloc Party released a solo album called ‘Trick’ in 2014 which we highly recommend to anyone who enjoys Bloc Party. Kele has a unique voice which boasts incredible emotional depth and echoes throughout his Electro-Soul sound.

Leon Bridges has recently earned more favour after the release of his album ‘Coming Home’ in 2015. His latest album has won the hearts of many listeners as his gospel like sound accompanied by Leon’s soulful voice makes for a very enjoyable listen.

Corinne Bailey Rae is  a household name these days and continues to release successful albums. Although you have probably heard of Corine already we thought we’d give her a mention so you can revisit some of her hits or have a gander at her new album. Corinne’s music is perfect if you’re missing the summer and want to relive that dreamy hot day feeling. Plus she’s from Leeds and we’re all for promoting Yorkshire pride! 🙂

Emeli Sande has recently released a new highly successful song which will be followed by an album later on this year. This will be her second album and yet this talented woman has achieved major success in such a short music career. If you haven’t heard her first album, ‘Our Version of Event’s’ then we recommend that you go listen right now!

Every half-term we will be publishing a new LRC newsletter to provide you with helpful information and reminders about what’s going on in your Learning Resource Centre.

The first issue is available to view here or you can find printed copies at both Learning Resource Centres.

We hope you enjoy our very first issue! Let us know what you think either in person or through our social media accounts.

Today we’d like to introduce you to our new LRC mascot, BB.

BB is a Book Bee who is here to help guide you to all of the important information you need throughout your studies with us.

You can find BB all around the LRC providing key tips and reminders about how to top up your printing credit, how to reset your password and how to renew the resources you have out on loan. These BB tips can be found all around both LRCs as well as on your LRC newsletter.

At the end of a very successful induction week we’re reflecting on how busy the college has been at both campuses and we’d like to say a big thank you to everyone who has been in to see us.

The Learning Resource Centre has been a hive of activity and  we’ve thoroughly enjoyed introducing you all to your LRC and all of the resources and facilities we offer. We’ve been glad to see everyone so eager to log on to the college computers and to begin studying. Whether you’re logging in for the first time, need a reminder of how to print a document or want to know where to find your subjects resources, we’ll help you every step of the way. All of the LRC staff are happy to help with your queries and the support that you need to make your time at Doncaster College successful.

Pop by and see us at the Learning Resource Centre at the Hub or University Centre, High Melton and say hello. We have created a great LRC guide so that you are able to keep all of our key information with you wherever you go. You can collect one from the LRCs today!

Watch this space to keep up-to-date with LRC news and follow our other social media accounts to see what the buzz is about. 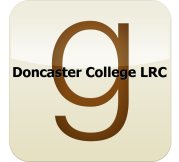 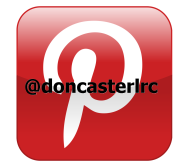 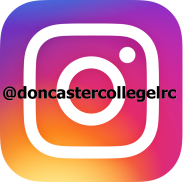 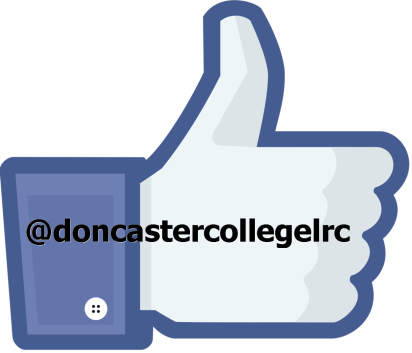